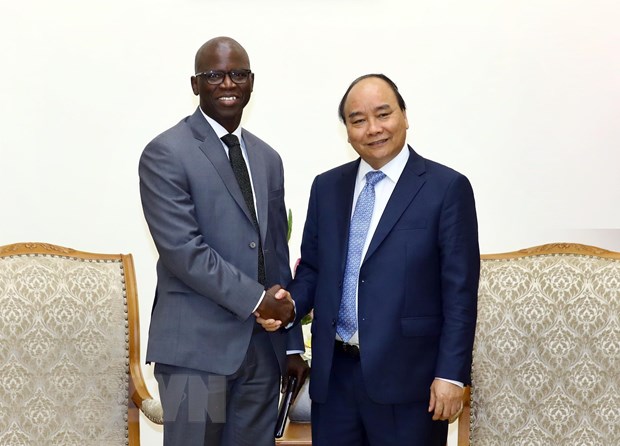 HÀ NỘI — Việt Nam is developing its industry towards applying advanced technologies and wants to get consultancy from the World Bank (WB) on the matter, said Prime Minister Nguyễn Xuân Phúc.

The Government leader said Việt Nam has strong and effective collaboration with large financial institutions worldwide, including the WB.

Ousmane congratulated Việt Nam on positive achievements it has obtained despite significant economic fluctuations in the world.

He thanked the Government for cooperation with and support for the WB in implementing joint projects in Việt Nam, adding those that used non-preferential loans from the bank’s International Development Association have been submitted to the WB leader.

The official said 2020 is the last fiscal year for Việt Nam to employ the loans and that the WB and Vietnamese ministries and sectors have reached an agreement to carry out five key projects for the period. He hoped for the Government’s coordination in implementing these projects.

Ousmane said the WB appreciates Việt Nam’s attendance at and contribution to its recent Spring Meetings, adding that it reflected Việt Nam’s role in its cooperation with the financial institution.

Upon presenting the latest WB reports on Việt Nam’s socio-economic issues, he said the WB Việt Nam office is preparing important documents to assess its cooperation with Việt Nam over the past 25 years and set out future orientations.

PM Phúc said he will assign ministries and sectors to study its reports and chair meetings with relevant agencies to make specific decisions on suggested projects. He will join the WB in marking the upcoming 25th anniversary of Việt Nam-WB cooperation, he said. — VNS