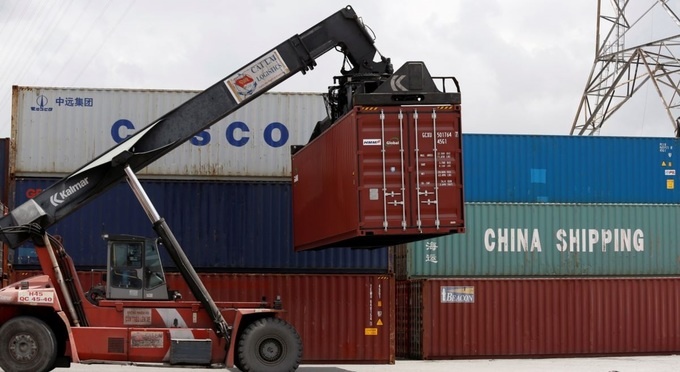 Containers of China Shipping are loaded at a port in Ho Chi Minh City, Vietnam. Photo by Reuters/Kham

Some lawmakers have called for reducing incentives to foreign investors, citing they could undermine the competive edge of domestic businesses.

Speaking at a session on the economy Wednesday, Nguyen Van Chuong, a deputy from Ho Chi Minh City, flagged the recent increase in Chinese investment in Vietnam following the escalation in the U.S.-China trade war.

Vietnam needs to be more selective about foreign investments and should not blindly accept them, and watchful to ensure foreign investors do not bring outdated technologies, he said.

Chuong called for foreign direct investment (FDI) policies to be reviewed and cutting down incentives so that Vietnamese companies could compete and grow.

Tran Hoang Ngan, another deputy from HCMC, voiced agreement with Chuong, saying in fact Vietnam needs to set up barriers to ensure only good technologies come in with FDI and prevent occurrences such as the Formosa environmental disaster that devastated more than 200 km (125 miles) of coastline in 2016.

Deputy Foreign Minister Bui Thanh Son said investors are moving out of China and Vietnam is becoming an attractive destination for them.

He admitted it has been difficult for Vietnam to attract only quality investments that join the right value chains and export to other countries or avoid investments that bring in outdated, worthless technologies that could cause difficulties in the long run.

FDI from China has been growing at nearly 15 percent a year since 2016, it said, adding investment in just the first quarter of 2019 was worth 70 percent of the amount invested in the whole of 2018.

At the house session on Wednesday, deputies also stressed the need for Vietnam to respond nimbly to geopolitical changes and the U.S.-China trade war, which has no end in sight and would affect Vietnam.

Ngan said the trade war could bring both benefits and challenges to Vietnam.

In the first quarter imports from China rose by 18.6 percent year-on-year, while exports fell by 7.8 percent, according to data from Vietnam Customs.

When the trade war intensified, China allowed the yuan to depreciate by about 9 percent. This has made Chinese goods cheaper, and they could easily flood the Vietnamese market, Ngan said.

"Should we devalue our currency to cope with this? But devaluing the currency will upset the stability and cause people to lose trust in monetary policy. Therefore, our policies must be very smart and flexible."

Son said said the government should soon come up with policies and measures to help businesses take advantage of the short-term benefits and boost exports.

"This is a very difficult task but must be done and is doable," he said.