Trang chủ Fighting back against the silent killers in China

Fighting back against the silent killers in China

With funds from the Global Environment Facility (GEF), UNIDO and the Foreign Economic Cooperation Office (FECO) of China’s Ministry of Environmental Protection joined forces to solve the potential health and environmental risks brought about by POPs pesticide waste in China. The project aimed to improve the level of management and disposal of such waste, fulfill China’s obligations under the Stockholm Convention, and provide lessons learned for other countries.

Persistent organic pollutants (POPs) are harmful chemicals which travel rapidly, degrade slowly and are toxic to humans and wildlife. Some even refer to them as “silent killers”.

They are commonly found in pesticides, such as DDT, and industrial chemicals like polychlorinated biphenyls (PCB), as well as in unintentional by-products of industrial processes such as dioxins. These chemicals have been proven to cause a series of health problems from allergies to cancer, reproductive disorders and damage to the immune and nervous systems.

In China, as in many countries, a lack of knowledge among plant owners and limited national infrastructure or regulations to deal with the issue led to the unsafe storage of POPs pesticides, with waste often left in open containers in vacant buildings or other empty spaces located in built-up areas. As a result, toxic chemicals seeped into the soil and groundwater, while powdered chemicals also escaped over time into the air, posing a health risk. Solutions such as burning the pesticides created more pollution in the form of fly ash.

To reduce the global threat and eliminate the scourge of POPs, the international community created the Stockholm Convention which entered into force in May 2004. The United Nations Industrial Development Organization (UNIDO) supports countries to comply with their obligations under the Convention.

The Government of China moved to fulfill its obligations under the Stockholm Convention to restrict or eliminate the production of POPs, and also recognized the importance of cleaning up old stockpiles containing POPs. However, its action plan, launched in 2007, lacked technical detail and was hampered by limited institutional know-how.

In response to a request from China, UNIDO initiated a Global Environment Facility (GEF)-backed project to provide technical and policy support to the Foreign Economic Cooperation Office (FECO) of China’s Ministry of Environmental Protection (now the Ministry of Ecology and Environment).

The first site selected for clean-up was the Nantian Industrial Company in Hunan province in south-central China. The company had been a large-scale producer of pesticides containing among others DDT up until its closure in 2003. 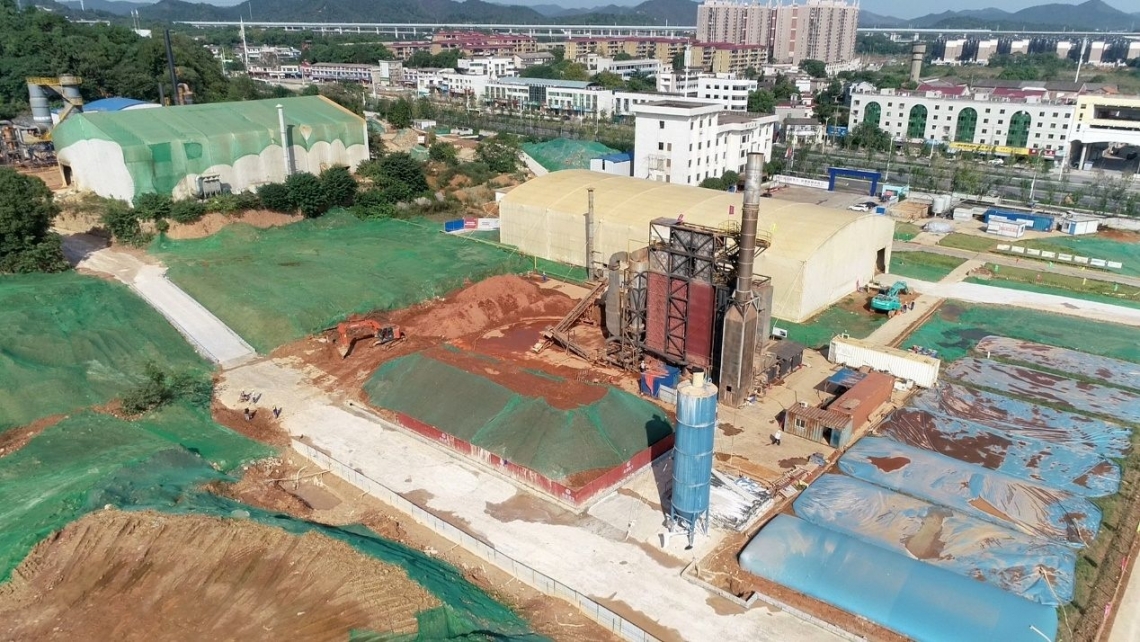 “The Nantian pesticide plant was chosen mainly because of the huge amount of toxic waste, which had been generated over the past dozens of years,” said UNIDO Project Manager PENG Zhengyou. ”UNIDO supported the environmental impact assessment of the contaminated site and its related remediation planning, as well as the actual on-site destruction of toxic wastes.”

With efforts from multiple stakeholders, the remediation of 42,000 tons soil contaminated by POPs waste was completed on 28 May 2018.

“The situation was very serious. The sky was not blue and the groundwater was contaminated. We often had to use vehicles to bring water to our home,” said a resident living near to the Nantian pesticide plant. “After several years of strong environmental governance, the quality of our lives has been improved.”

Another resident added: “Thanks to environmental governance, the groundwater is drinkable again. Vegetables grow well. Fish grow well, too.” 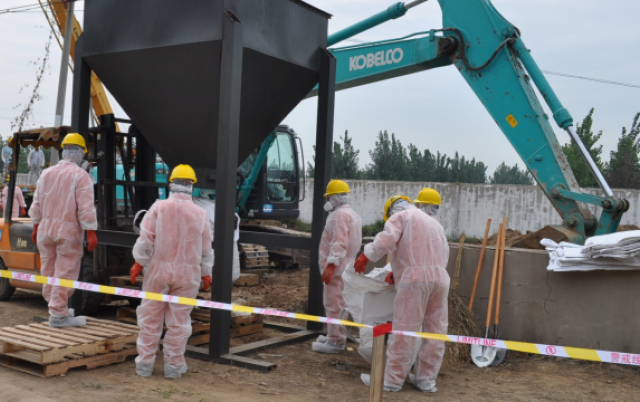 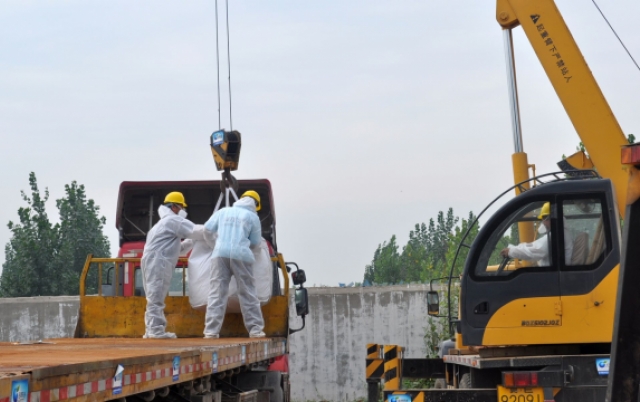 The Hunan Nantian Industrial Company case provided valuable experience on project management and technical application, leading the way for the remediation of other contaminated sites in China. UNIDO and FECO carried out the promotion of POPs waste disposal technology and management, benefitting 14 provinces and cities throughout the country.

“The project conducted the harmless disposal of a batch of POPs waste, and solved some environmental issues related to POPs that posed serious threats to the public health. It also averted the potential impact of POPs on the global environment, and achieved good environmental and social benefits,” said FECO Deputy Director General Xiao Xuezhi. 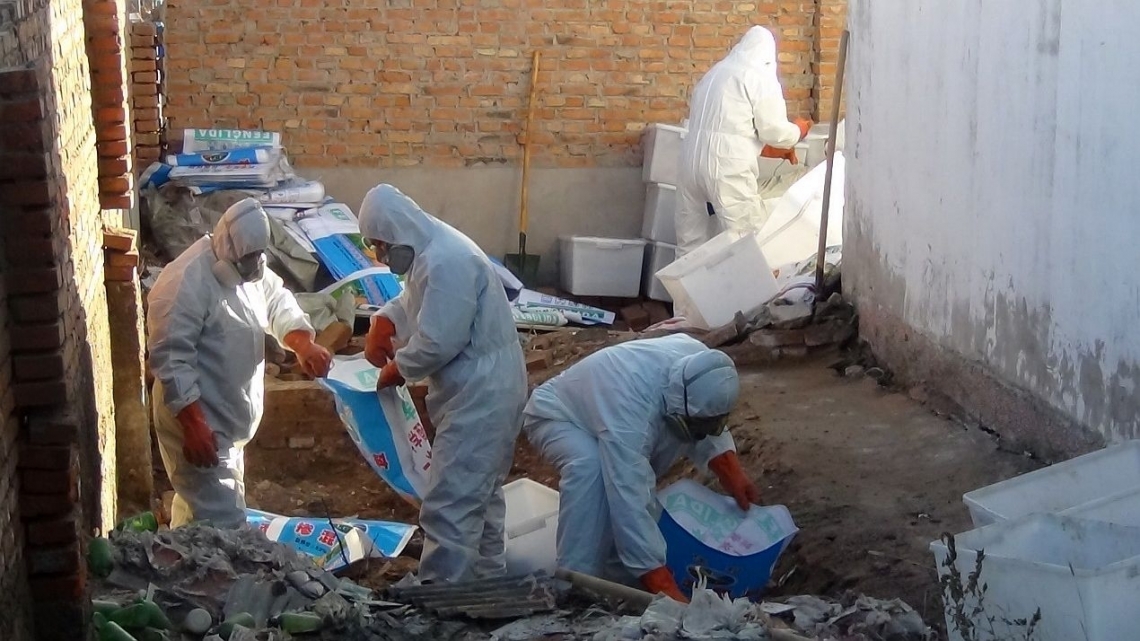 The project set the stage for further transformations in the long-run as the policy framework was put in place and technologies were tested to meet private sector needs.

“The cooperation between China and UNIDO again brought success,” said Ambassador WANG Qun, Permanent Representative of China to the United Nations and other international organizations in Vienna. “More than 10 million people benefitted from the project. We sincerely hope that this model of cooperation between China and UNIDO can be promoted to benefit more regions and more countries.”

UNIDO Director General LI Yong added: “Together, UNIDO and the Chinese government demonstrate a comprehensive, holistic approach that provides innovative solutions for China and for other countries in the world.”

“We will continue working on eliminating POPs pollution, thus upholding the concept of inclusive development, contributing to the promotion of sustainable development of human society and the realization of the United Nations’ Sustainable Development Goals for 2030.” 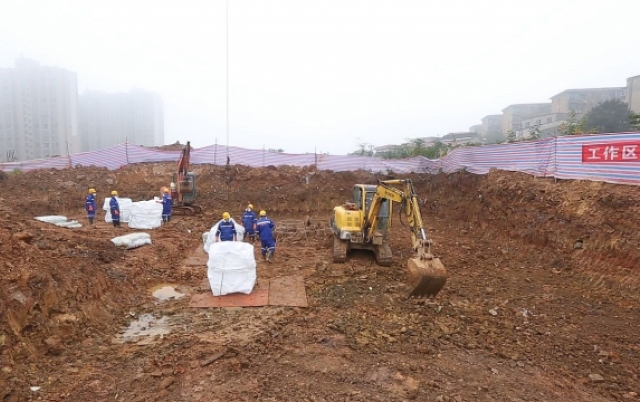 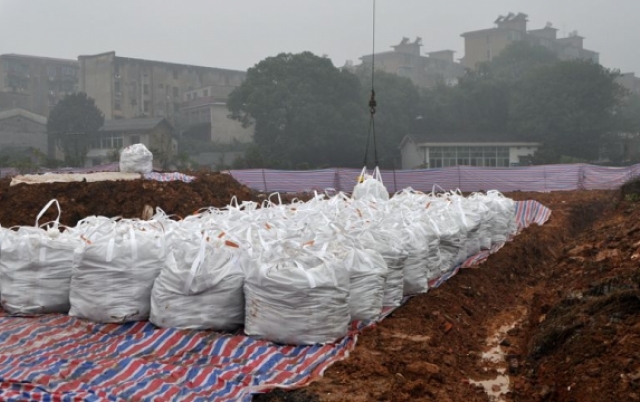