Trang chủ A rocky but productive road to jobs

A rocky but productive road to jobs

"I arrived in Afghanistan for the first time in July 2015. On arrival I was apprehensive, expecting bullets to fly and bombs to explode at any moment. Yet, the calm of the environment in which I landed surprised me.

In the midst of the conflict-affected country, I witnessed hard-working, peace-loving people going about their lives, seemingly unperturbed by the conflict.  They come out every day to eke out a living, driven by steadfast hope and deep-rooted determination, to rebuild their lives and their local economies."

A second surprising discovery was that despite its dusty and mountainous environment, Afghanistan has a wealth of resources – sheep, cows, poultry, grapes, cotton and almonds among others.  With most educated Afghans leaving the country and causing a brain drain that is hampering recovery, the Road to Jobs project chose to focus on agriculture because it offers the best chance of generating jobs. Unemployment is very high and for those employed, incomes are low.  Policies are weak and information poorly coordinated throughout the value chain, so despite the country’s hidden wealth, businesses are almost doomed to fail. In addition to these challenges, a key issue we identified was a lack of trust between trading partners. 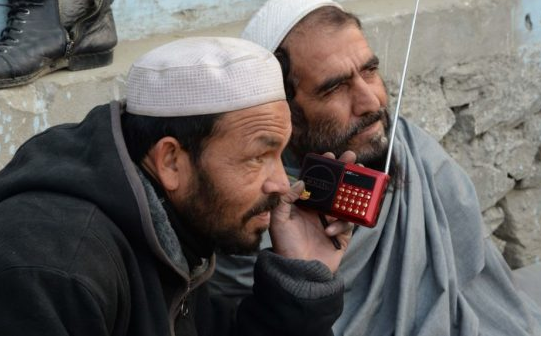 We realised that if we were to help improve market performance and create jobs, we needed to build trust through social dialogue.  However, we found that as outsiders, facilitating this social dialogue was a painfully slow process against the backdrop of conflict and a proliferation of aid which brought an expectation of being handed ‘free money’.

Notwithstanding this we forged ahead.  We built platforms that encouraged businesses to come together to find solutions to challenges that were holding them back. We invested in processes that allowed our partners to invest in innovations leading to jobs for women, unemployed youth, internally displaced people, returnees and their host communities. Other innovations resulted in businesses opening up their supply chains to poor farmers.

For three years, we helped create dialogue mechanisms for businesses and their supply chains. We carried some of the financial risk associated with some of the new processes to encourage them to invest in job creation.  We coached and mentored our business partners into trusting these processes. We also launched a radio show called Farmer’s Voice in partnership with a local radio station that gives advice to farmers on good agricultural practices. As a result of all this, we convinced them that we were on their side and gradually they bought into it. In year one, we chalked up zero jobs. In year two, we managed a paltry 332 jobs. But in year three, things exploded.

Out of this long and complex process spanning four years we have now improved 50,000+ jobs – that means their jobs now bring them enough income to bring them above the poverty line.  In total this translates into more than USD 3 million in income, distributed among businesses, workers and farmers –  with workers and farmers making up close to 80%.

The results are certainly impressive but for me it is not just about numbers… For me what’s really important is that we have set in motion processes that will exist and continue to bear fruit long after the project is over because companies are now investing in building their supply chains:  One dairy company, for instance, has improved employment for 360 female dairy farmers. A carpet-exporting company has created jobs for more than 300 women in a refugee community. A grape-exporting company is now partnering with a cold storage company to reach farmers with rural advisory services that help improve their skills, and in turn their livelihoods. A farmer who started off with 60 chickens, which he used to supply to a large poultry company decided to copy the poultry company’s model and now buys chickens from more than 1,000 female suppliers.  He’s now doing better than the company itself!

The lesson learnt is the importance of process. When all the different market actors come together to build business networks between and amongst themselves, then the processes are cultivated and it becomes self-generating.

The second lesson is also critical: When you are an outsider, you are better off building on what people are already aspiring to and inspiring them to even dream bigger and in colour!